This Patriotic Books for Kids Super Page contains a growing list of our favorite 4th of July/ Independence Day Books!

We love celebrating America’s Independence and love telling the stories of the brave men and women who risked everything they had so we could enjoy the freedoms we have today. 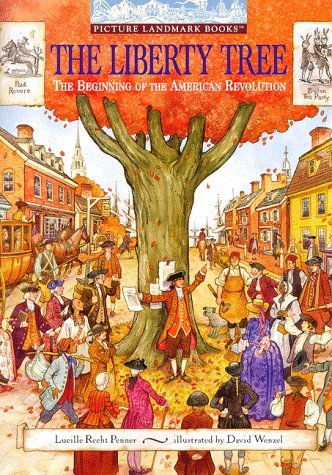 The Liberty Tree is a wonderful Landmark picture book portrays our nation’s fight for independence from the imperial rule of Great Britain. It’s perfect reading in preparation for the 4th of July and all the patriotism that is associated with summer. There are numerous pictures and historical facts that will appeal to the young listener. It covers the French and Indian war of 1754, the King of England’s oppressive taxes, the Stamp Act of 1765, tar and feathers, the Boston Massacre, the Boston Tea Party, spies, and some heroic women. It is truly a great reminder of the roots of our nation and the brave people who fought to establish it.

As of 1998, there were 2 other books in this series: The Pilgrims at Plymouth and Westward Ho! The story of the Pioneers.

The Story of the Statue of Liberty 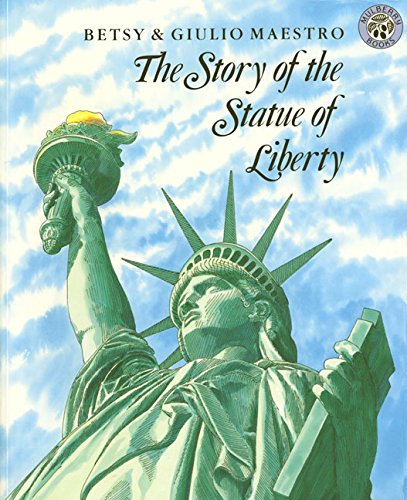 The Story of the Statue of Liberty is a beautifully illustrated picture book that presents the simplified, yet a very understandable story of how the monument came to be in America. The story is written very clearly, with pretty and colorful pictures.

It is full of fun and many unexpected facts about the statue. They share things such as a list of materials that are used and how much it sways.

This book also tells an important story of the immigrants who came to our nation. It provides the history of how many came to Ellis Island and then saw the great statue as a sign of hope.

This is a perfect book for children ages 3 and up. Although it was written in 1989 it is still a highly regarded and rated best seller.  Written by Betsy Maestro and illustrated by Giulio Maestro

The Declaration of Independence 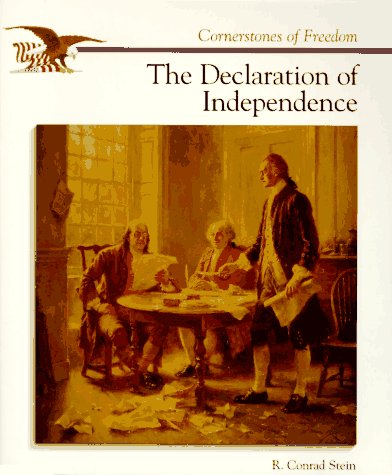 “The Declaration of Independence” show the great roots that founded our country.  It starts in July 1776 and then takes you back 150 years, giving the history of our relationship with England.

This book also talks about the 5 men who wrote the document and why Americans were rebelling against England. It has a glossary of words and even a timeline in the back of the book. Dramatic and defining moments in American History, come alive in the Cornerstones of Freedom series. Written by R. Conrad Stein

“The Star Spangled Banner” tells the story of how our country got its National Anthem.

This Cornerstones of Freedom book tells the history of the Star-Spangled Banner.  It began on Aug 24, 1814, in Baltimore, while America was at war with Great Britain. The story shares about Francis Scott Key and John Skinner who try to obtain the release of Dr. William Beanes, a prisoner of war.

Seeing the flag with its fifteen stars inspires Mr. Key to write a poem. This poem is called “The Defense of Fort McHenry” which today is sung as the Star-Spangled Banner.

If you have some favorite Patriotic Books for kids that aren’t listed, please mention them in the comment section below.